So, you’ve been dating your boyfriend for a while and you feel like you have a good connection. You’re ready to become a little more serious, to advance to the next stage of the relationship, whether it’s dating each other exclusively, moving in together, or marriage. But suddenly – whammo! – when you bring up the subject, he drops the “I’m not ready for a commitment” line. You’re blindsided. What do you do?

First of all, take a deep breath. Take a whole bunch of deep breaths. Bite your tongue. Don’t say anything you will regret later. Starting a fight about it right now isn’t going to suddenly make him change his mind. It’s just going to drive you further apart. 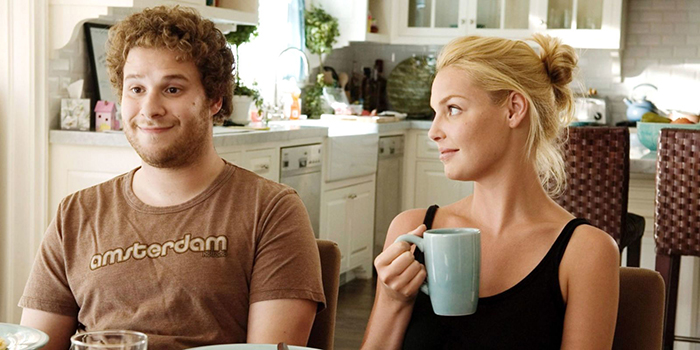 Take a moment to accept what he said. At least he is being honest about his feelings, or at least he is trying to be honest. Be grateful for that – it’s far better that he express his doubts and fears, however crudely, than that he commit to a relationship he’s not ready for or grown up enough for. Getting out of that kind of messy relationship later on is much harder.

“I’m not ready for a commitment” is a kind of worn out cliché, to be sure. It’s the kind of ready-made excuse people turn to when they can’t easily express what they’re trying to tell you. I’m sure you’re familiar with other such lines, like, “It’s not you, it’s me.” [Related: Is He Mr. Right or Mr. Right Now? How to Know If You Should Commit to Him]

Don’t get hung up on the exact words he said. Focus more on the feelings behind them. He’s probably afraid of commitment. That’s a very normal, human experience. Everyone’s been afraid of a commitment of some sort during their life. See if you can remember a time in your life when you were nervous about some kind of commitment, whether in a relationship of your own, or perhaps at work or a promise to help someone out. Try to recall your feelings and fears, and that will help you feel some empathy for your boyfriend. [ Related: Why Won’t My Boyfriend Propose?]

The best thing for you to do now is what you’ve already done. Let your boyfriend know, in clear and calm language, that you care for him and are ready for a stronger commitment. That’s all you can really do. Now you have to wait a while to let him process this information.

Waiting isn’t fun. But the truth is that you can’t control his feelings. You can’t wave your hand and make his anxiety go away. His fear is legitimate and you need to respect it, for a while. If he sees that you respect his feelings now, at the beginning of your relationship, he is much more likely to trust you with the truth later on, and that’s a good thing – too many marriages end up ruined by lack of honesty between partners.

You can ask – once – for some clarification on why he isn’t ready. But be gentle with him. Don’t demand his reasons immediately, in the heat of the moment. Let him know you’re ready for a commitment. When he says he’s not, ask him if he can take a little time, perhaps in a few days, to talk to you about why he’s not ready. Let him know that you will just listen to him without saying anything, without arguing about what he’s saying.

When the time comes, let him spill his guts without interrupting. If you start talking back, it becomes a discussion and then possibly an argument. Just listen and try to really hear where he’s coming from. Then thank him for sharing his feelings and fears with you.

After this, the ball is in his court. You’ve let him know you’re ready. You’ve listened patiently and with sympathy to his reasons. Now you need to decide how long you are willing to wait. Don’t bring the subject up again very soon. Then you will seem like you’re nagging him, and that’s very unattractive. It’s also beneath you to beg for him to commit to you. Take the high road – it’s better for your dignity and better for him, too.

How long you’re willing to wait is up to you. You don’t need to tell him your decision – then it becomes an ultimatum, which is an attempt to bully him into doing what you want.

But you shouldn’t wait forever. Be patient, but take care of yourself, too. [Related: How to Stop Dating Losers & Find the Perfect Man]

Recently I stopped in at my local bicycle shop for a repair. While the mechanic was fixing my bike, I noticed a young woman trying to get her boyfriend to buy a bike helmet. She saw that I wear one, and she asked me to tell him why. I told him frankly that I’ve crashed two times in my life where I broke the helmet on the pavement and it saved my life.

He still wasn’t convinced. Apparently, he didn’t think he looked cool wearing a helmet. The young woman looked pleadingly at me. While the man had stepped away to look at something else, I asked her, “Are you serious about this guy?” She said she was pretty serious – they weren’t engaged, but had been dating a while.

“If he’s not smart enough to wear a bicycle helmet,” I asked her, “why are you still with him?”

The lesson I was trying to get across to her was that while you’re young and just getting to know someone, you can overlook some level of immaturity. But at some point, when you’re getting serious, you need to decide what you will and will not accept. Won’t wear a bike helmet? Not a very smart guy. Why would I want to marry him? I deserve better.

Not ready for a commitment? That’s fine, for a while. But eventually, if nothing changes, it’s time to look for someone who is ready. You deserve it.

Still torn between waiting it out and moving on? Hire me so I can help you resolve this dilemma. Right now, an outside, unbiased perspective can really help you a lot.