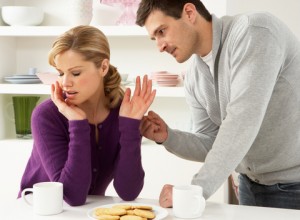 One source of friction in marriages and long-term relationships has to do with problem solving.

It particularly has to do with solving them when you shouldn’t.

This idea may not make sense to you at first, but it is very helpful once you grasp the idea. And it can really ease tension in your marriage.

I don’t want to stereotype people, but this general applies more often to men than women.

So, let’s say your spouse comes home from a hard day at work. They sit down at the dinner table and pour out a stream of misery. “My boss did this, my manager did that, so-and-so didn’t stick up for me in that meeting, the want me to work extra hours …” You know what I’m talking about.

It’s perfectly normal at this point to interrupt your spouse and start making suggestions. But don’t do it!

Let’s say you do speak up. “Why don’t you ask your boss to move you to a different office?” or “Just talk to your manager and tell her …”

The solution to your spouse’s troubles may seem obvious to you, and I understand why you might want to give immediate advice, particularly if you’re getting a little weary of hearing this tale of work woe.

But unless your spouse has actually asked for your advice, I urge you to keep your mouth shut, other than saying a few things like, “Uh huh,” or “Really?” or “Hmmmmm” to let them know you’re listening.

Why am I giving you this advice, you may wonder. 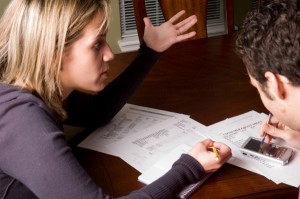 I once spoke to a couple who’d been married for decades. They were having particularly frequent fights. After I met with them and listened to what they had to say, I realized what was going on. The wife was coming home and complaining about this or that, but before she could even finish talking, her husband had interrupted her to tell her what he thought she should do.

“What’s the problem?” he said. “When my car is broken, I try to figure out the problem and fix it. When the hot water heater stops working, I open it up to see where the trouble is. Why shouldn’t I do the same thing to help my wife?”

And there was the crux of the problem. When the wife started talking, her husband listened for about a minute, then stopped listening so he could tell her how to fix the trouble. He never heard most of what she was telling him, since he was thinking about what he wanted to say as soon as he interrupted her. 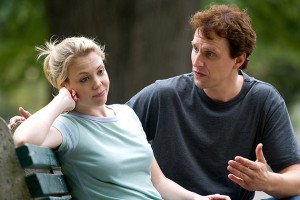 Many married couples don’t really know how to listen to one another. It’s a valuable skill to practice, and not just for your marriage. It’s valuable in all your relationships with other people, whether at home or at work.

I recommend a kind of turn-taking for couples. The easiest way is to set a timer for three minutes – a sandglass is fine, although these days your phone probably has a countdown feature you can use. During those three minutes, one partner talks about whatever they want. The other partner listens and says nothing. Then you switch roles. You can go through as many turns as you need to.

Don’t feel like you even need to respond to what your spouse said during their turn. The goal here is to listen, to get an idea of what’s going on in your spouse’s life and in their head. Later, you may want to talk about something that came up, and that’s fine. But it’s better to wait and talk about it later rather than keep interrupting now.

If your spouse actually says, “What do you think I should do?” then it’s OK to give your two cents. But not until then.

Don’t get me wrong – the goal here is to be sympathetic and support your spouse, but not to take on their problems and try to fix them for them. By listening, really listening to what they say, you will get a better idea what’s going on in their lives, and you’ll have a closer, more intimate connection to them.

And just by being able to talk things out while someone listens, your spouse will probably figure out the answers themselves. That’s good for their ego. And that’s good for your marriage.