Believe it or not, women ask me this ridiculous question all the time. I try gently to remind them that you can’t actually make your boyfriend do anything. You can’t make him forget his ex-girlfriend, and, quixotically, the harder you try, the more likely you are to fail. Better to make yourself forget about his ex-girlfriend.

Women spend far too much of their time analyzing and scrutinizing their boyfriends’ behavior, and not enough time having fun themselves. Do yourself a favor – stop worrying so much and start living. 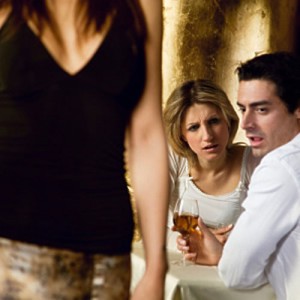 OK, with that much said, your boyfriend still seems hung up on his ex. He talks about her or talks to her too much for your liking. What should you do?

Always keeping in mind that you really don’t have the power to make him let her go, what are some things you can do?

As my wise old married friend told me, you can say anything once to your boyfriend if you are willing to let go of it after that. So try being honest with him without being confrontational. Tell him how you feel about his ex-girlfriend hangup. You feel frustrated, suspicious, angry, sad. Then let it go. Don’t bring the subject up again. Because then it becomes nagging, and no man wants to be nagged. Ask men why they’re unhappy in their relationship, or why they dumped their last girlfriend, and “nagging” is likely to come out of their mouths as one of the top reasons.

In Guyana, a South American country adjacent to the Caribbean, they have a word for it, “woman-rain.” It means that light, persistent, continuous rain, rain that falls steadily “like the persistent nagging of a woman.” I’m not making this up – look it up yourself. The point is, you don’t want your boyfriend putting you in that category. Men don’t like to be nagged.

The best thing you can do is focus on yourself and keep moving your relationship forward, into the future. Take care of yourself, make sure you have a life that doesn’t depend entirely on your boyfriend especially when you get to the point where you live together. Go out with your other friends often. Laugh and have fun. Learn new things. Travel, with or without your boyfriend. Enjoy yourself.

Now, be careful here. I’m not talking about trying to make your boyfriend jealous, as that is more likely to backfire and make him angry or upset than anything else. Don’t go out and pick up on other men to “prove” how attractive you are and teach him a lesson. Don’t throw a fit and threaten to break up with him. There’s a better way.

Having a fun, interesting life will make you a happier, livelier, more interesting and attractive person – to your boyfriend and to everyone else. Stop thinking about what your boyfriend is or isn’t doing, focus on yourself, and he will notice and likely be more attracted to you than ever. That’s a sure way to get him to think less about anyone else, especially his ex-girlfriend.

But most of all, that takes time. Your boyfriend is a human being, and we all sometimes hold on to past relationships, whether they were happy or sad ones, for a bit too long. Do you ever think back to any of your ex-boyfriends, ever miss them or compare them to your current boyfriend? See? It’s normal. If your boyfriend ordered you to never, ever think of your ex-boyfriend, you’d tell him to stop being a jerk.

If he still hasn’t proposed after all these years, you can almost bet his ex-girlfriend has got nothing to do with it. Just keep the focus on yourself, on being a fun and interesting person, and give your boyfriend the time and space to forget his ex-girlfriend on his own. 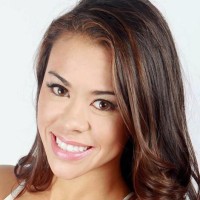