Texting is a great, non-invasive, non-threatening way to re-establish communication with your ex after a breakup. If you handle it the right way, texting works much better than calling (and a whole lot better than showing up at their door at night when it’s raining – forget what those Hollywood movie people tell you! Movies are not real life!). 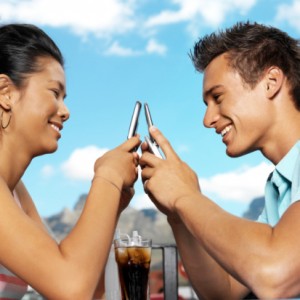 First, obviously, you need to decide if you really want your ex-girlfriend back. I assume she dumped you, otherwise why would you be trying to win her back?

The best thing you can do is not communicate with your ex-girlfriend for 30 days. Of course, right after the breakup, your mind is going crazy, your emotions are scrambled, and you feel like the world is ending. Those are all normal feelings after getting dumped – but that doesn’t mean they are an accurate view of the world! [RELATED: Why Your Ex is Sending Mixed Signals ]

Don’t do something crazy or silly based on those emotions. Give yourself time to cool off and think. Give yourself time to do some fun things – take a trip, join a club, sign up for a class, take up a new hobby or sport – and remind yourself that you aren’t a worthless dog, which is probably what you felt like immediately after being dumped.

Another thing to consider during that time is why did she dump me? Forget whatever she said to you. She was probably trying to protect your feelings anyway, so she used one of those old, tired, worn out reasons like, “It’s not you, it’s me,” or “I just need some space to work on myself.”

The real reason she dumped you is about you. Face it. She dumped you because of your attitude or your behavior – and those things, fortunately, are under your control. The number one reason women dump their boyfriends is that their boyfriends don’t seem serious about the relationship, that they aren’t committed or are unwilling to commit. Other top reasons are boredom and a loss of romance and attraction.

So when the month of silence is over, and you still want to communicate with your ex-girlfriend, what should you send in a text? Here are some sensible suggestions.

NOTE: these text messages were inspired by breakup expert Michael Fiore. If you and your ex used to text back and forth regularly, take 5 minutes to watch this excellent free video by Fiore… it’s packed with helpful hints and ideas for texting your ex boyfriend or ex girlfriend. 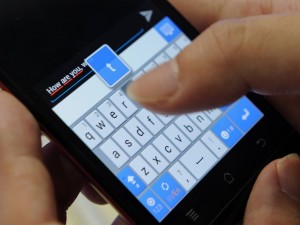 Another possibility is a text about a mutual friend. “I saw Susie yesterday and she said to say hello.” Keep it light and casual. It’s a reminder of the connections you two have.

Let her know what you’ve been up to. “I started a new workout routine, thought you might want to try it yourself…” This works if you two used to work out together, or if she’s interested in that sort of thing. “I tried TRX for the first time and it was awesome! I think you’d really enjoy it.”

Again, always keep it casual, friendly, with no agenda. Do not send pathetic texts like “I can’t stop thinking about you,” or “I’m so sad without you.” That may be how you feel, but sending that stuff will turn her off more than turn her on. Trust me. I’ve been an ex-girlfriend, and I know. Yes, there is a time when every woman (and every person) wants to hear that sort of thing and is flattered by it. But this ain’t the right time. [RELATED: How to Get Your Ex to Reply to Your Text Messages ]

If you two had a mutual interest like music or movies, send a text about that. Say you saw a movie that you both liked again and that you enjoyed that particular scene that the two of you thought was hilarious (or amazing, or whatever) again. Or text that you went to a show and enjoyed the band and maybe she should check them out, they’re only in town for a couple more shows – you get the idea. If the two of you didn’t have any mutual interests, well, why do you want to get back together with this person anyway?

One other text tactic to try has a little “hook” to interest them. “Hey! I’m interested in going back to that little restaurant by the water we went to that one time. I want to show it to a friend. But I can’t remember the name.” This is just a friendly request for a little information. But it also has the “hook” of that unnamed friend in there. This might get your ex wondering – if you’ve scrupulously observed the month of silence – whether you’ve moved on.

These are all easy, safe ways to re-establish communication and a connection with your ex-girlfriend without smothering her or freaking her out. From this point on, you can work on slowly becoming friends again, which is the only road to getting back together. [RELATED: Will he Take You Back? How to Tell if Your Ex Still Wants You ] 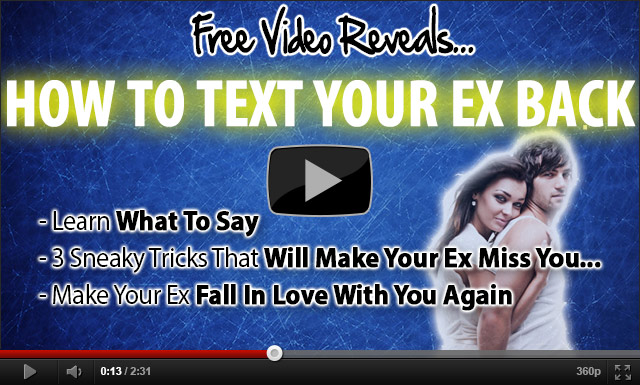