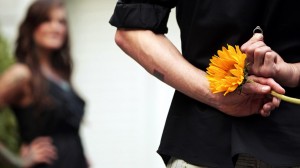 When you are in love, especially when you are at a “certain age” when weddings, babies, and settling down in general seems to be what everyone does, getting married seems to be a logical and exciting next step in a relationship. However, as anyone who’s been married–and certainly anyone who’s been divorced–will tell you, making sure that you are tying the knot with the right person is incredibly important. Too many people get caught up in the excitement of planning a wedding itself and neglect to ask the “right” questions about the results of that marriage–spending the rest of your lives together.

Question 1: What Is Your Credit Score?

This is a simple opening to a much larger discussion about your partner’s overall financial health and approach to money. In addition to looking at a simple three-digit number, ask about things like investments, retirement planning, credit card debt, and savings accounts. The type of person who spends every dime she earns without regard to the long term consequences of those choices will not change those habits once she “settles down.” Plus, the added burden of affording a home and children, which usually accompany marriage, not to mention the wedding itself can cause an enormous strain in the best of circumstances. 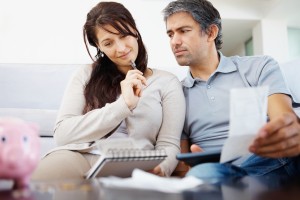 While a bad credit report and problems with money are by no means deal breakers, understanding a financial picture which is about to become part of your own is incredibly important.Someone with a bad credit past is not doomed forever. As long as this is a person who is trying to get her affairs in order or who is willing to enter financial counselling prior to your marriage, there is hope.

Question 2: How Do You Feel About Children?

While there are many reasons for marriage, it’s safe to say that children remain at the center of most unions. Most people know that the “children conversation” has to take place, but many fail to realize that it needs to include more than just how many and when. Raising children is about so much more than that. During this conversation, you need to be sure you are on the same level when it comes to education (private school, public school, or homeschool), religion, discipline, and more. Ask about your partner’s experiences growing up and how she plans to emulate or deviate from those patterns. While many of these ideals will change dramatically in the course of actually raising kids, knowing that you start at a similar point matters. 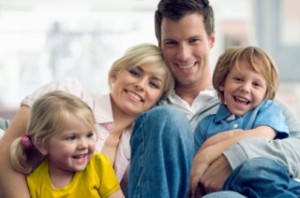 In addition, please pay specific attention to any large discrepancies you have in the number of children you want. Especially as people age, those who say they do not want children are not likely to change their mind and it is really hard to change people’s minds about such deep, personal decisions. Also, age is a huge factor in the number of kids you can ultimately have, a woman in her later 30s who wants three kids needs to be prepared to have them in rapid succession–and so do you.

Question 3: What Are Your Career Future Plans?

As much as we don’t want to think this about a woman we love, there are more than a few of them out there working menial jobs, waiting to find a meal ticket. Someone who is waitressing to put herself through school is a far cry from someone without future plans other than to make it through another work week. Especially if you are ambitious, marrying someone else with similar ambitions is important. 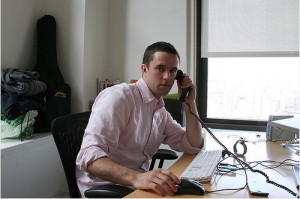 However, remember that success and earnings are not directly correlated. A woman in a service-oriented career such as teaching, nursing, or social work may never make a million dollars or move up higher than her current position. Yet, her dedication to a cause or making the world a better place speaks to her character, the way she will approach raising children, and attitude towards hard work.

Question 4: What Are Your Hopes for My Career?

In the same light as she sees her own career goals, it is important that she supports yours, as well as recognizes their limitations. Not every worker can be CEO, and expecting your future spouse to make it to the top of the corporate ladder, especially if he doesn’t want to, is going to put a strain on your relationship. You need to strike a balance in your support for one another, encouraging worthwhile goals without setting up lofty expectations.

Question 5: Are There Any Demons from Your Past that I Don’t Know About?

No one should be defined by their bad decisions. However, knowing about the mistakes someone has made and the hurdles she has cleared to get to you and this point in life is important. Someone with a history of mental illness, abuse, or addiction may not show overt signs of this while still being defined by it. There are also patterns of relapse you need to know about and learn to recognize.

The key here isn’t whether someone has a less-than-perfect past, but whether or not she’s getting the help she need to move into the future. And whether or not you are prepared to provide support she needs in order to do that.

Asking these questions may not be pleasant, but it is necessary. Also, though the title of this article suggests that people ask these questions before proposing at all, that doesn’t make them off limits once the ring is on her finger. It’s better to ask them late than never, because, as much of a pain as it seems, cancelling a wedding is way easier than a divorce.